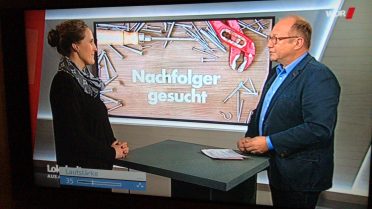 On November 29th 2018, our managing director Julia Schlösser was seen in the „WDR Aachen Lokalzeit“. WDR had researched a contribution to the topic of “successors wanted” about the problems many companies had to find a successor. In search of a studio guest on the subject, WDR requested an interview with the AS Tech management. They agreed to this and only learned later that it was to take place live in the studio. And so, following a contribution to the topic, Ms. Schlösser was allowed to report live in an interview with host Ralf Raspe about how the succession at AS Tech could be filled internally.